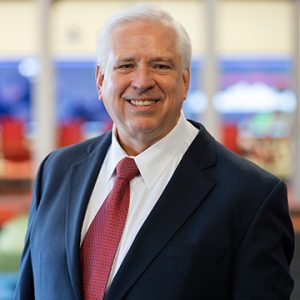 As Health FFRDC chief medical adviser, Dr. Stephen Ondra will serve as an objective adviser to all HHS organizations, providing thought leadership, guiding project teams, and building partnerships with the private sector to promote the health and well-being of our nation. This includes pioneering new ideas to advance private insurance markets, Medicare and Medicaid, value-based payments, and healthcare quality in partnership with HHS and the private sector.

Ondra was most recently CEO of Cygnus-AI Inc., a company specializing in artificial intelligence and clinical decision support tools for diagnostic radiology. He also was founder of North Star Healthcare Consulting LLC and served on the board of directors of Triple-S Management and electroCore. Ondra’s career includes roles as the senior vice president and chief medical officer at Health Care Service Corporation (the nation’s largest non-investor-owned health insurance company, which operates as Blue Cross and Blue Shield in five states) and senior vice president and chief medical officer at Northwestern Memorial Hospital.

Previous to his return to Northwestern, Ondra was appointed by President Barack Obama as the senior policy advisor for health affairs at the U.S. Department of Veterans Affairs. He also served at the White House in the Executive Office of the President. At the White House, Ondra was the Co-Chair of the National Science and Technology Council for Health Information Technology, as a member of the Federal Health Information Technology Policy and Standards Committees and as a member of the Implementation Deputy Group for the Affordable Care Act.

As a clinician, Ondra had a distinguished career as a surgeon researcher and educator. He was a professor of neurosurgery and residency program director at Northwestern University Feinberg School of Medicine and served as the interim chair of neurological surgery. An Army veteran of Operations Desert Storm and Desert Shield, Ondra was awarded a Bronze Star Medal and the Army Commendation Medal for his extraordinary service. After attending the U.S. Military Academy at West Point, he completed pre-medical studies at Illinois Wesleyan University, medical school at Rush Medical College in Chicago, and graduate medical education at Walter Reed Army Medical Center. He is board-certified in neurological surgery and holds an Illinois medical license.